How To Use Selenium with Excel in 4 Simple Steps

A History of Connecting Excel To The Web

Although this article deals primarily with the extensive benefits of using Selenium with Excel, there’s also a rich history in Excel’s journey to connecting to the web.

Excel has had the ability to connect to the internet for a long time, but it’s come a long way in the tools and ease of use (and usefulness). Web Queries were introduced with Excel 97, which was great for web scraping after a bit of setup was done. You can create these connection strings in VBA or utilize a web query “.iqy” file after setup.

This was replaced in 2010 with a much more powerful tool, Excel’s Power Query. Power Query can scrape and refresh online data, but it doesn’t allow you to control a website.

Unfortunately, neither of these methods allow you to boot up a web browser, log in, click a button based on programming intelligence or fill out an online form using your spreadsheet data.

Web query was one of the first ways we were able to grab data from the web and have it input into Excel sheets. Many people began their Excel – Web journey by downloading Yahoo Finance stock tickers and experimenting with automating this experience using variables and advanced VBA codes.

Microsoft described the Web Query when first came out as

Microsoft Power Query is an excellent way to scrape and prepare data from one of multiple sources, including the internet. It’s not ideal for web testing and actually mimicking the experiences of going through a site and performing real-time, live actions on that site.

That’s why this article is focusing on not only connecting to a data source, but actually interacting with it using simple codes.

Around the same time you could first run a Web Query, Microsoft also allowed the Visual Basic programming language to access Internet Explorer WebDriver through its source file, SHDOCVW.DLL, which contains a type library for IE.

Here’s an example of using Internet Explorer with Excel VBA:

Should I Use Internet Explorer with Excel?

While it’s true that you can use Excel VBA commands to bring up an instance of Internet Explorer to control a website, it’s also complicated, lacks features and is kind of buggy.

Not to mention, Microsoft themselves don’t recommend people using Internet Explorer any longer..

In my experience, Internet Explorer is slow and buggy and doesn’t play well with modern websites and things like HTML5. It’s not been kept current with the times and is only kept around for legacy projects which Microsoft even recommends should be modernized (more below).

Here are some interesting articles where Microsoft says ‘Do NOT use Internet Explorer’.

–The perils of using Internet Explorer as your default browser

–Microsoft security chief: IE is not a browser, so stop using it as your default

If you like the ability to do way more than grab data from your site, but you also need to test certain capabilities in different browser environments as well as

(phew). Then you need to use Selenium with Excel…

In 2016, author and programmer Florent BREHERET created a tool called SeleniumBasic, a COM library to use Selenium with Excel in the Visual Basic Editor or within a visual basic script (VBS).

Because Selenium is such a popular tool for web scraping and website testing, the Selenium toolkit is very extensive and contains much easier methods of controlling a web browser than the old IE methods (and allows other browsers, such as Chrome, Opera and PhantomJS headless webkit).

Getting Started With Selenium and Excel

As described in Florent’s GitHub page, SeleniumBasic is a Type Library “.tlb” that once installed, allows your Excel to utilize any of the associated WebDrivers. This allows you to add it to your Excel project references.

You have to first install the SeleniumBasic.exe file, then you may need to update the WebDriver of choice since newer ones might have come out since the last SeleniumBasic installer was built.

The project to put your WebDriver is typically located in the Local App Data (not Roaming App Data) folder and then in the SeleniumBasic folder. That’s where to put any updated WebDrivers.

Many web elements can be manipulated really easily in Selenium with Excel. There are tons of ways to access a particular element or collection of elements, but the most basic ways are by the ID attribute or the Name attribute.

Here’s an example of sending text to the yahoo search bar, which has an ID of ‘ybar-sbq’ if you right click and inspect it.

Frank Gunseor decided to send us a nice video describing how useful he finds using Selenium directly from Microsoft Excel with our Complete Web Automation with Excel VBA course!

Edit: Frank After Finishing Our Course…

Frank sent us another VideoAsk submission after he finished our Complete Web Automation with Excel VBA course and added that he really likes the Bonus materials and frequent updates that happen based on new discoveries or answers to student questions.

If you want to learn more about using Selenium with Excel VBA, check out our free previews here. We offer a full 10-hour course (Complete Web Automation With Excel VBA) that will show you from start to finish how to control a web browser (Chrome, Microsoft Edge, Opera, Internet Explorer, and PhantomJS headless browser).

Thank you for visiting! Here's a FREE gift for you!

Enroll In My FREE VBA Crash Course For FREE!

Learn how to write macros from scratch, make buttons and simple procedures to automate tasks. 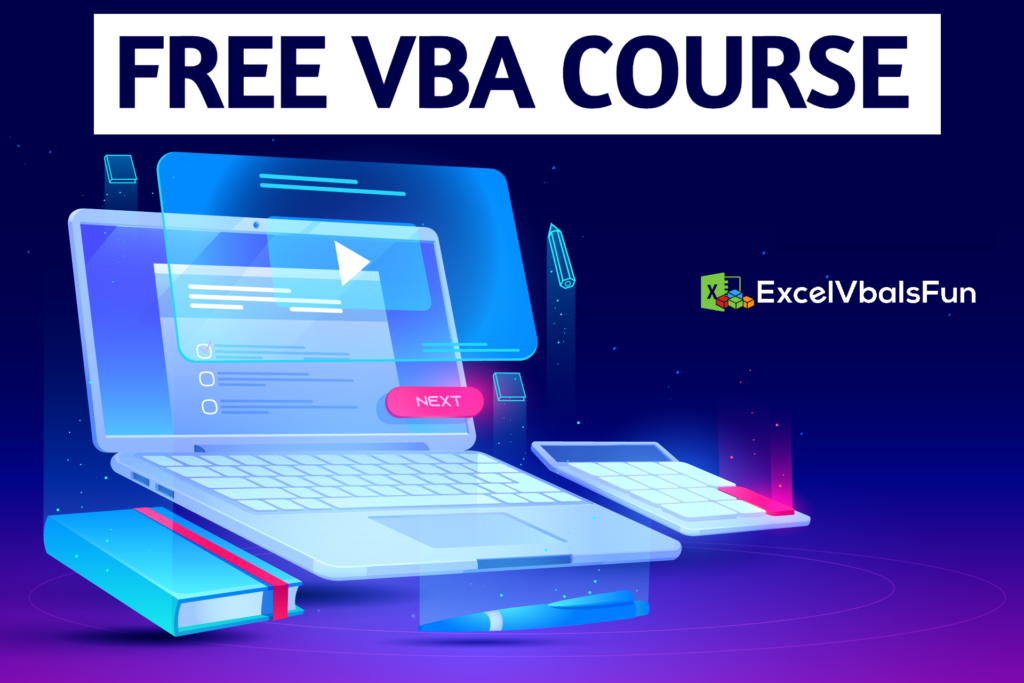